OFFICERS AND BOARD OF DIRECTORS 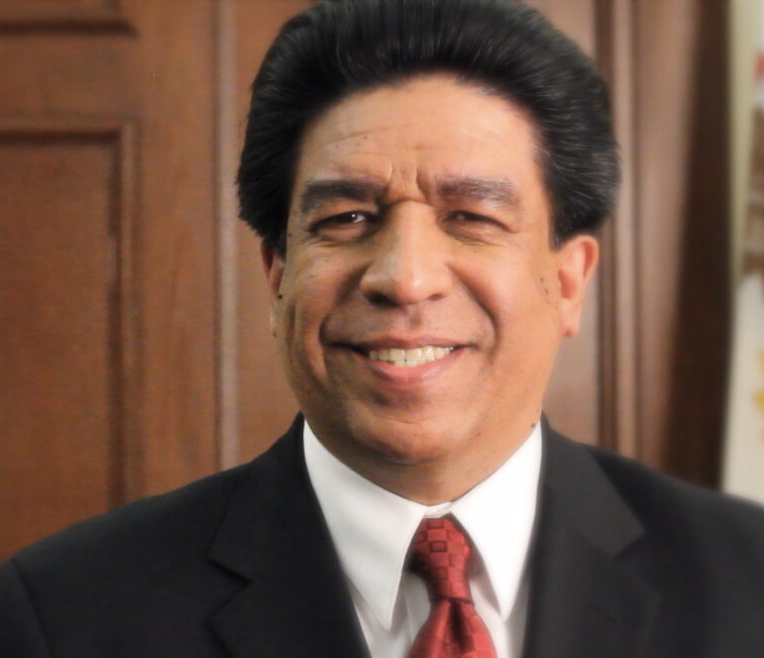 Hon. Jesse G. Reyes is currently a Justice on the Illinois Appellate Court, First District. He previously served as the Presiding Justice of the Fifth Division, as the former chair of the First District’s Settlement Conference Committee, and a former member of the Executive Committee. He has been a member of the judiciary since December, 1997, having previously served as both an associate judge and elected judge of the Circuit Court of Cook County. His previous judicial assignments have included the Chancery Division’s Mortgage Foreclosure/Mechanics Lien Section, Domestic Violence court and the Sixth Municipal District. Justice Reyes, while assigned to the First Municipal Division, assisted in the production of the Circuit Court’s educational DUI Video “Que Precio Tiene La Vida.” He also served on a number of Circuit Court committees during his tenure on the trial court.

Before his election to the bench, Justice Reyes was employed with the Law Department of the Chicago Board of Education and represented the Board in litigation matters, and was responsible for the development and implementation of policies and procedures pertaining to school reform. Prior to joining the Board of Education, he was a Senior Supervising Attorney with the Corporation Counsel’s Office representing the City of Chicago in complex civil litigation matters in state and federal court. 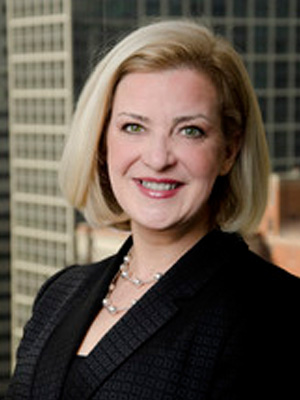 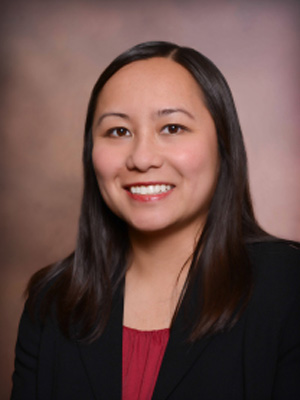 Carol Y. Sales, Treasurer — Carolina Y. Sales is a partner at Bauch & Michaels, LLC, where she concentrates her practice on complex commercial litigation, business workouts and reorganizations. In 2005, Ms. Sales obtained her Juris Doctor, cum laude, from the John Marshall Law School in Chicago, Illinois. During law school, Ms Sales was a lead articles editor for the John Marshall Law Review and a Distinguished Scholar Award recipient. Ms. Sales obtained an LL.M. in real estate law, with honors, in 2010. Ms. Sales is a board member of the John Marshall Law School Alumni Association and a board member of the Filipino American Lawyers Association – Chicago. She is also a member of the Auxiliary Committee of the Illinois Judges Foundation and the International Women’s Insolvency and Restructuring Confederation.

Ms. Sales was chosen to participate in the National Conference of Bankruptcy Judges (NCBJ) Next Generation Program for the 88th annual meeting. She has been involved in several chapter 11 cases for businesses and individuals, and she co-authored the Illinois Institute for Continuing Legal Education (IICLE)’s chapter on individual chapter 11 cases. She is licensed to practice in Illinois, is admitted to practice before the United States District Court for the Northern District of Illinois, is a member of its trial bar, and is a member of the bar of the United States Court of Appeals for the Seventh Circuit. 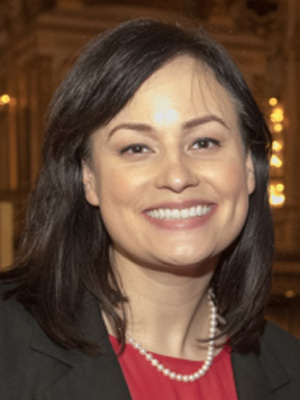 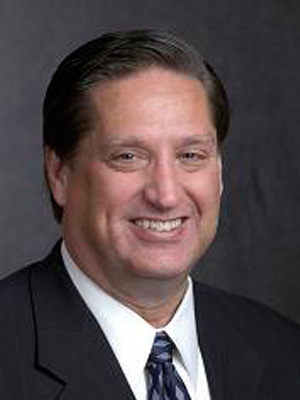 Perkins served for 14 years as the bureau chief for the Charitable Trust Division at the Illinois Attorney General’s Office where he was responsible for litigating all the financial, trust and probate actions initiated or defended by the Illinois Attorney General. His duties included trying hundreds of cases, and supervising teams of attorneys and accountants conducting numerous financial investigations and financial fraud matters. He has presented matters before the Supreme Court of Illinois and the Supreme Court of the United States. His work has included presentations to Illinois legislative committees and other government agencies.

In addition to practicing law, Perkins shares his expertise with fellow lawyers as a presenter for CLE programs and various not for profit and legal organizations, he recently co-authored the “Charitable Litigation” section for an IICLE handbook.

He serves on the boards of several charitable organizations and he is chair of the Illinois CPA Society’s Not-For-Profit Committee. He has been named an Illinois Super Lawyer from 2005 through 2009 by Law & Politics. 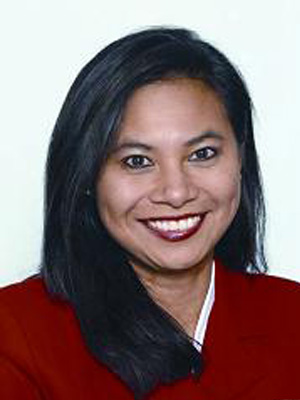 Aurora currently serves as Secretary of the Chicago Bar Association and currently serves on the board of the Chicago Bar Foundation. She serves as Vice-President of the Center for Conflict Resolution (CCR) and served as the first female and minority President of the Illinois Real Estate Lawyers’ Association (IRELA), an organization of approximately 1,200 real estate lawyers throughout Illinois. She is a founding board member of the Filipino American Bar Association, past board member and current member of the Asian American Bar Association and the ISBA Real Estate Section Council. Aurora also served as board member of the Women’s Bar Association of Illinois (WBAI) and was recently elected to the Board of Directors of Attorneys’ Title Guaranty Fund, Inc., a bar related title insurance company. Aurora is the first female minority elected to the ATG board.

In addition to her bar association involvement, Aurora is also active in the community. She is currently serving her sixth term as Chair of the Cook County States Attorneys Asian Advisory Council and her ninth year as Commissioner for the Cook County Human Rights Commission. She also serves as a Commissioner for the Park Ridge Building and Zoning Commission. Aurora recently served as President of the Asian American Institute and was elected to the Board of Governors of the Catholic Lawyers Guild of Illinois. She is a member of the Governors’ Asian Advisory Council, the Attorney General Asian Advisory Council and Illinois State Treasurer’s Asian Advisory Council. Aurora was a 2004 Fellow of the Leadership of Greater Chicago. She served as a member of the Filipino American Voters League from 1996-98 and as Treasurer of the League of Women Voters of Chicago. Aurora just got appointed to the Board of Hubbard Street Dance Chicago.

Aurora was named twice as one of A100 Women Making a Difference by Today’s Chicago Woman. In May 2006, Aurora was the recipient of the CBA Alliance for Women AAlta Mae Hulett award, a prestigious award given to women lawyers who have significantly contributed to the advancement of women in the profession. Aurora was also the recipient of the 2006 Philippine Chamber of Commerce AExcellence in Law award. Aurora also received a Distinguished Service Award from Cook County states Attorney, Richard Devine for service as chair of the Asian Advisory Council and Aurora will be receiving the ABA Council on Legal Education Opportunity (CLEO) Legacy Justice Fund Award on June 5, 2008. The CLEO award recognized members of the legal community whose efforts and activities serve to advance the cause of diversity within the legal profession. 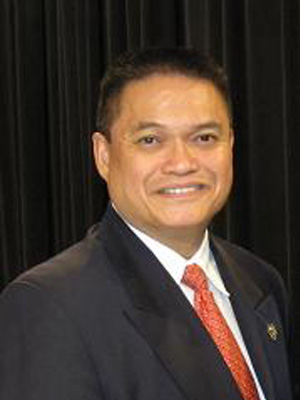 Hon. Israel A. Desierto, Board Director

Hon. Israel A. Desierto began his career in 1990 as an assistant state’s attorney for the Cook County State’s Attorney’s Office, practicing in the criminal and civil areas of the law. As a criminal prosecutor, he primarily handled gang-related murder cases. In a gang-related murder trial, he tried one of the few triple-juried cases heard in Cook County wherein three juries sat simultaneously to hear evidence regarding three separate defendants. He became a civil litigator in 2001, practicing in the area of medical malpractice defense. He defended doctors and other health professionals in a number of multi-million-dollar cases. As a supervisor at the State’s Attorney’s Office, he trained felony assistant state’s attorneys on trial skills and criminal law and procedure. In 2005, Desierto was elected as associate judge of the Circuit Court of Cook County, First District, becoming the first Filipino American judge named to the court. Throughout his career as an attorney, Desierto tried more than 70 juried cases to verdict and hundreds of bench trials.

Since 2000, Judge Desierto has been a trial advocacy coach—a subject that he teaches at IIT/Chicago–Kent College of Law. He is also an adjunct professor at Triton College in River Grove, Illinois, where he teaches Criminal Law and Procedure. His honors include: recipient of the 2007 Community Service Award from Cook County State’s Attorney Richard Devine, the 2003 Award for Excellence in Law by the Philippine American Chamber of Commerce of Greater Chicago, and induction into the Chicago Filipino American Hall of Fame for his work in the profession of law. Judge Desierto received a Bachelor of Arts, with honors, in both English and biology from the University of Illinois at Urbana–Champaign in 1984, and earned his Juris Doctor from IIT/Chicago–Kent College of Law in 1990. 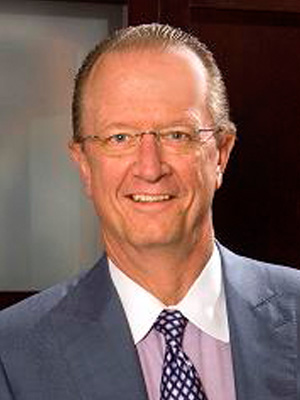 In 2009, Bill was named one of the 20 most influential general counsel in the United States by the National Law Journal. In 2008, Bill received the Vanguard Award from the Chicago Bar Association, recognizing his contributions to making the legal profession more accessible and reflective of the community at large. In 2009, he received the Spirit of Excellence award from the American Bar Association Commission on Racial and Ethnic Diversity in the Profession. Bill also received the 2009 Advocate for Diversity Award from the Diversity Scholarship Foundation, and the 2010 Chicago Appleseed Corporate Leader Award.

Bill has overseen a very successful diversity program for Exelon’s law department and its outside counsel. Under the Exelon program, preferred provider law firms are measured and ranked annually on the percentage of Exelon fees paid to them attributable to work performed by lawyers of color and women. During Bill’s tenure as general counsel forty-two percent of Exelon’s preferred firms had a “relationship partner” with Exelon who was female, of color or both. Within the Exelon Legal Department, 38 percent of the lawyers were female and 19 percent were persons of color. Upon becoming responsible for Exelon’s finance department, he has initiated a similar program for that group and its outside vendors.

Prior to joining Exelon, Bill was a senior partner at Jenner & Block, specializing in complex civil and white-collar criminal litigation. While at Jenner & Block, Bill served on the Management Committee and, at various times, as Hiring Partner and chairperson of the firm’s Pro Bono and Diversity committees.

Bill is a member of the Board of Directors of Nuclear Electric Insurance Limited, and has served on numerous civic and public interest boards of directors. He is past President of the Chicago Lawyers Committee for Civil Rights Under Law, Inc., and past General Counsel to the Leadership Council for Metropolitan Open Communities. Bill currently serves as a director of the Legal Assistance Foundation of Chicago, and the Northwestern Memorial Hospital Foundation, and previously served on the boards of directors of the Chicago Legal Clinic, the Chicago Bar Foundation and the Joffrey Ballet. He is a member of the Economic Club of Chicago.

Bill received his undergraduate degree from Yale University in 1976 and in 1980 graduated from the University of Chicago Law School, where he served on the Law Review and was elected to the Order of the Coif.

He is married to Nikki Zollar and has three children, William L. Von Hoene, Branden Zollar and Grant Sanders. 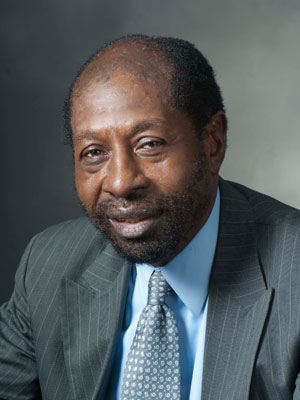