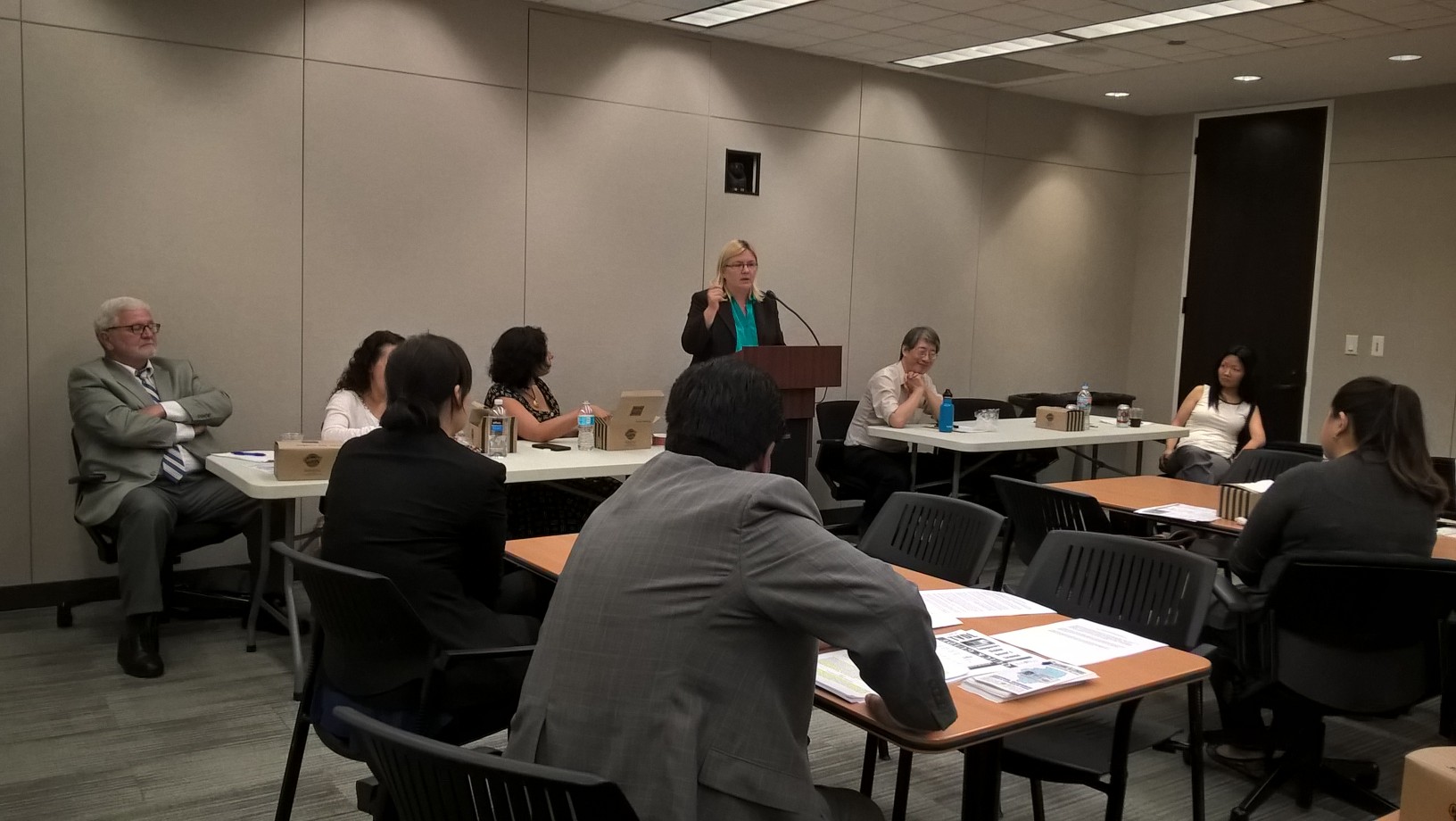 On Wednesday, June 15, 2016, the Diversity Scholarship Foundation along with co-sponsor, Nixon Peabody, hosted a seminar regarding the Illinois Temporary Visitor Driver’s License (TVDL).  The seminar was moderated by Justice Jesse G. Reyes, president of DSF, and included six panelists:  (1) State Representative Lisa Hernandez of the 24th District; (2) Lisa Grau, director of the TVDL program at the Office of the Secretary of State; (3) Nathan Maddox, executive inspector general with the Office of the Secretary of State; (4) Fred Tsao, an attorney for the Illinois Coalition for Immigration and Refugee Rights; (5) Marcy Labedz, an attorney with the Law Offices of Kurowski-Labedz; and (6) Leia Lee, a managing attorney with Chinese American Service League’s legal clinic.

The panelists provided background information regarding the TVDL law including the legislative history and the issues surrounding its passage.  The panelists discussed how the TVDL law has been implemented by the Secretary of State and concerns and issues that have been addressed in the past.  Grau and Maddox in particular discussed upcoming changes to the bill and its potential effect on those applying for a TVDL.  In addition, practitioners Labedz and Lee discussed the specific issues certain immigrant populations face when obtaining a TVDL.

The Diversity Scholarship Foundation thanks the panelists for a lively discussion and also thanks Nixon Peabody for graciously hosting the seminar.